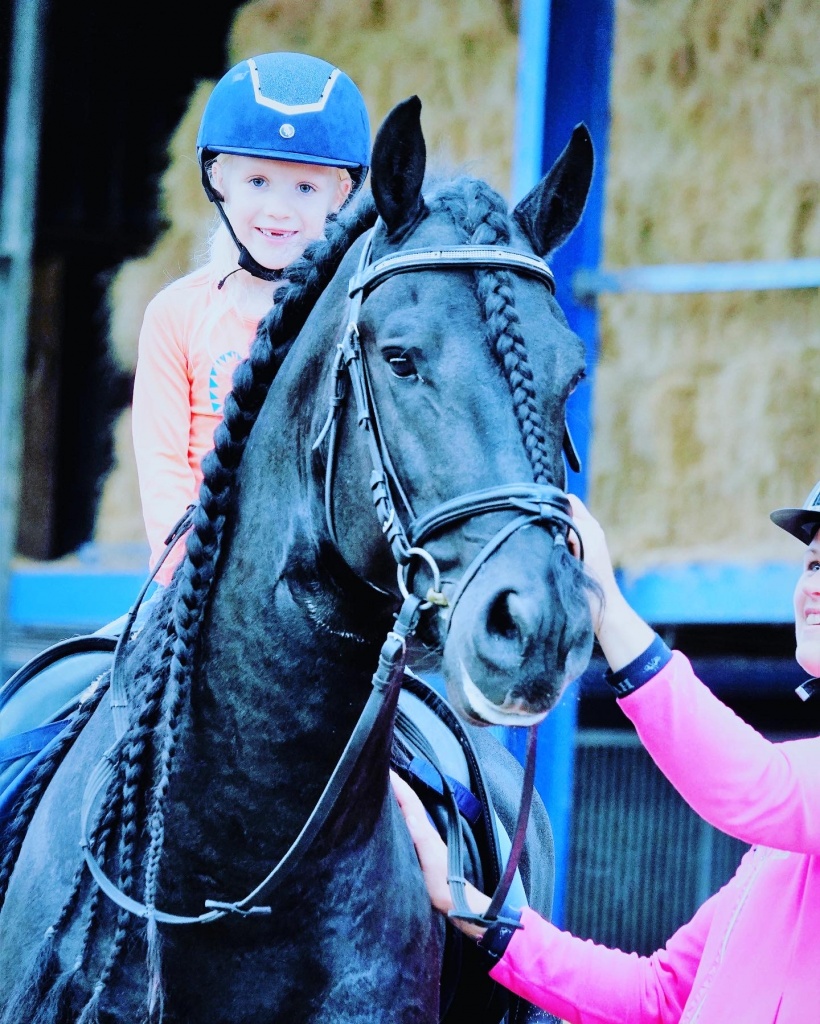 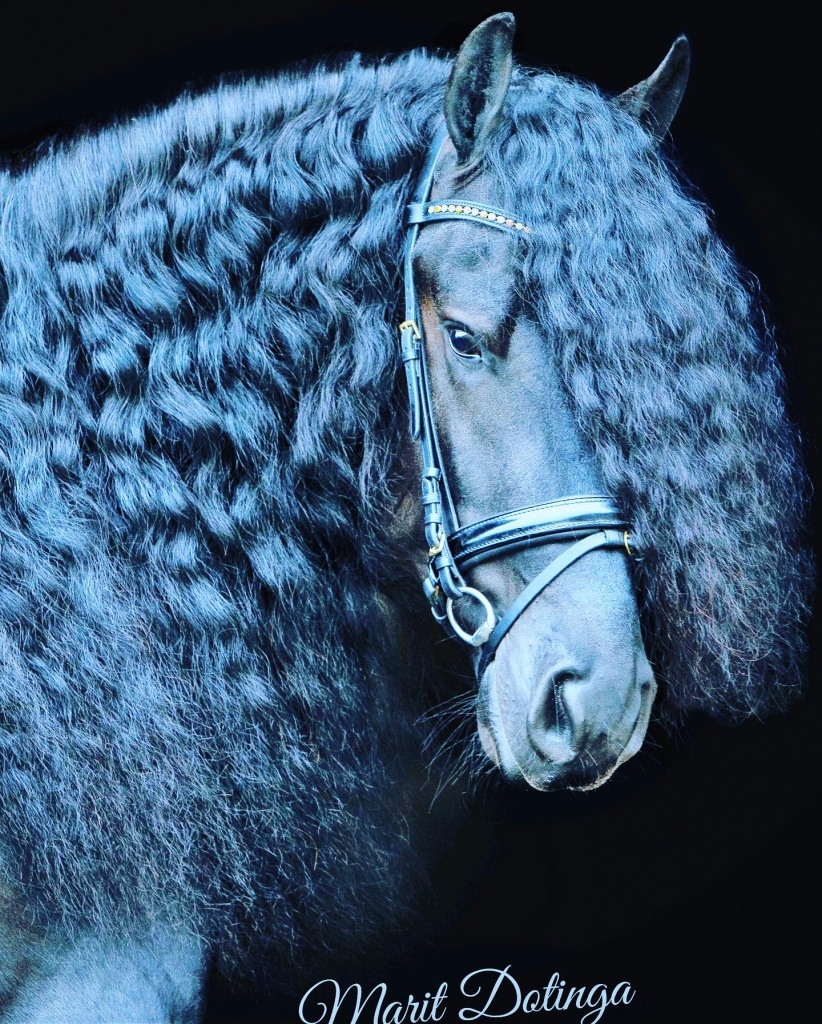 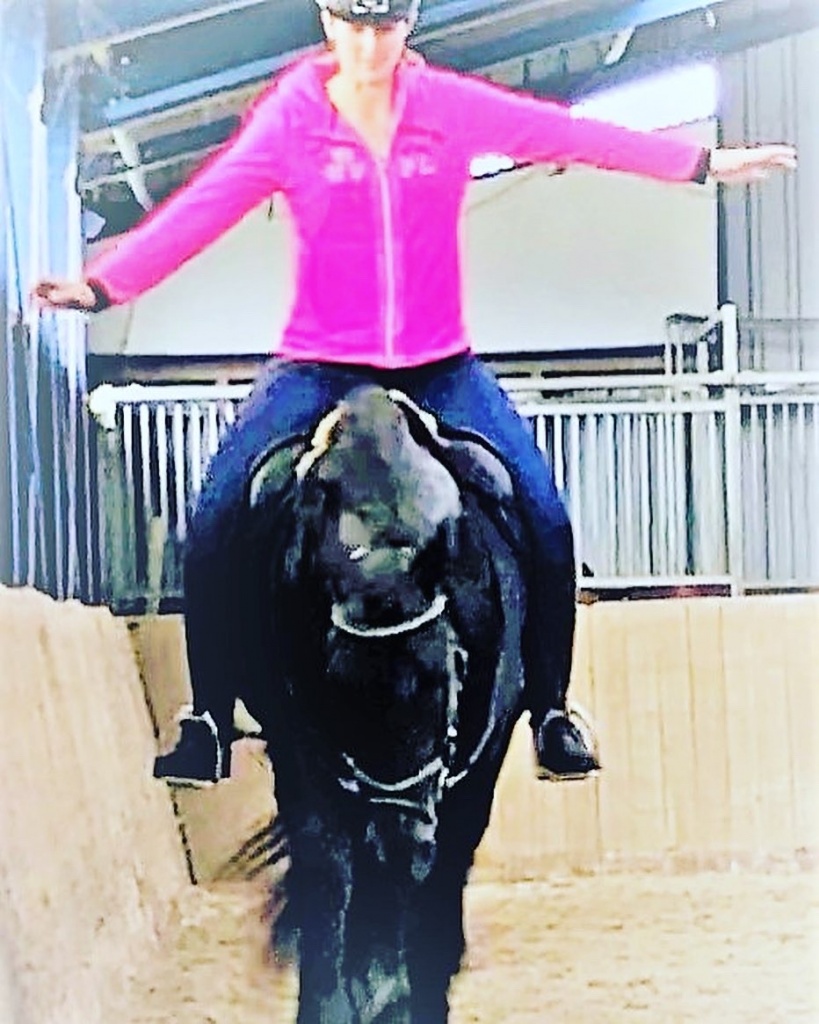 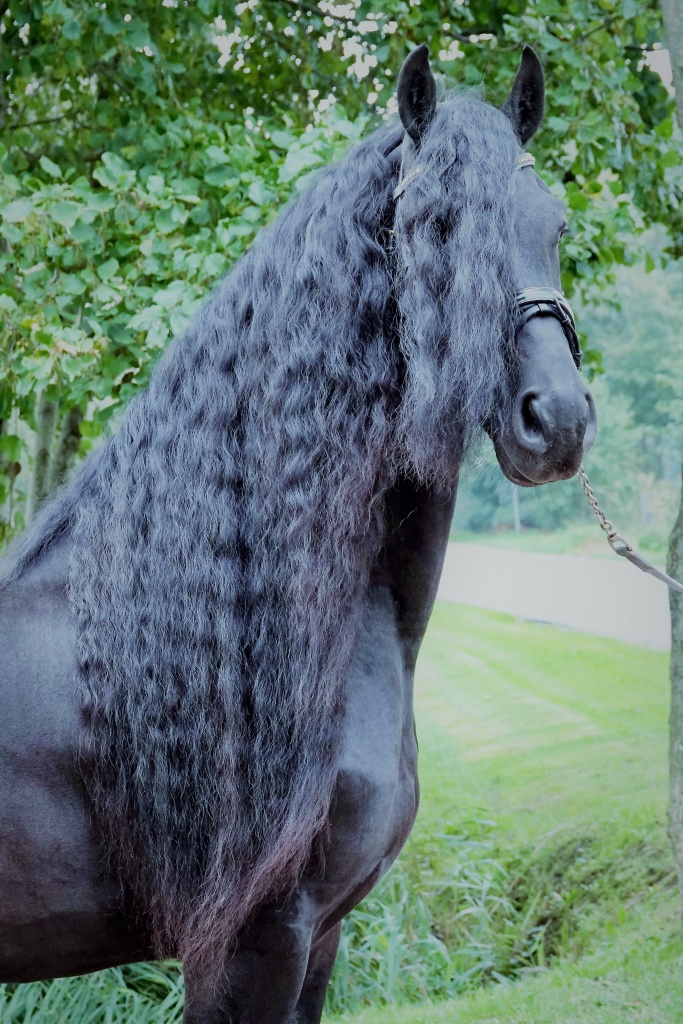 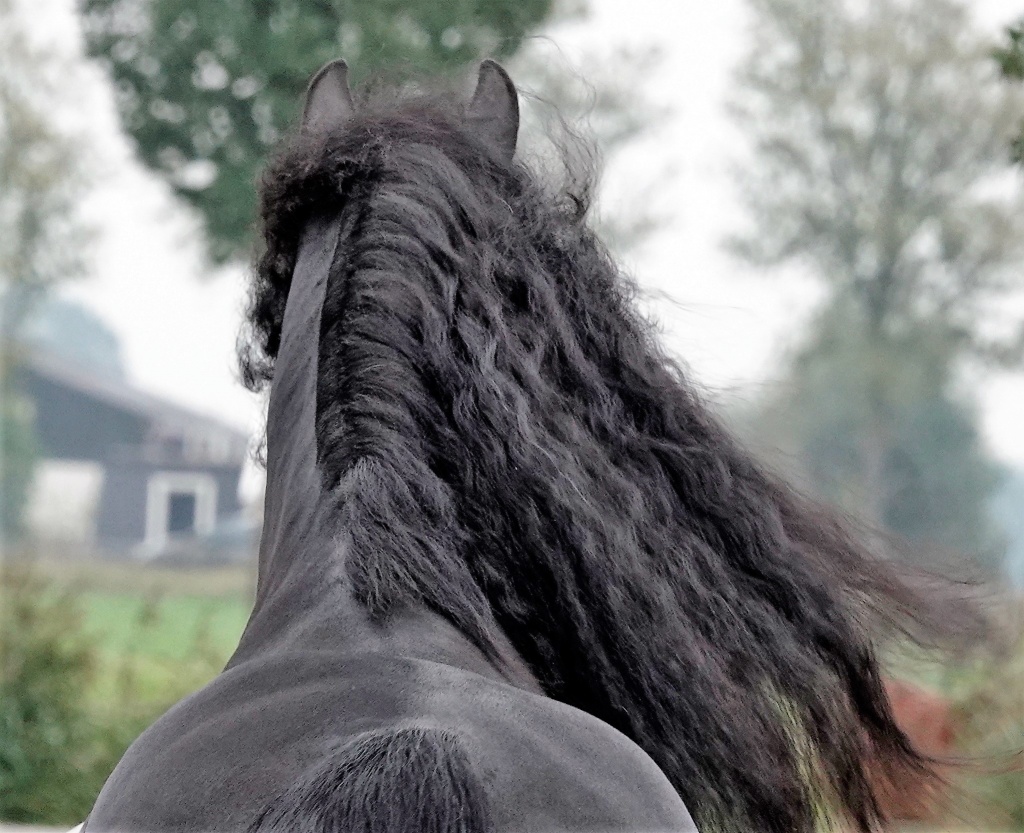 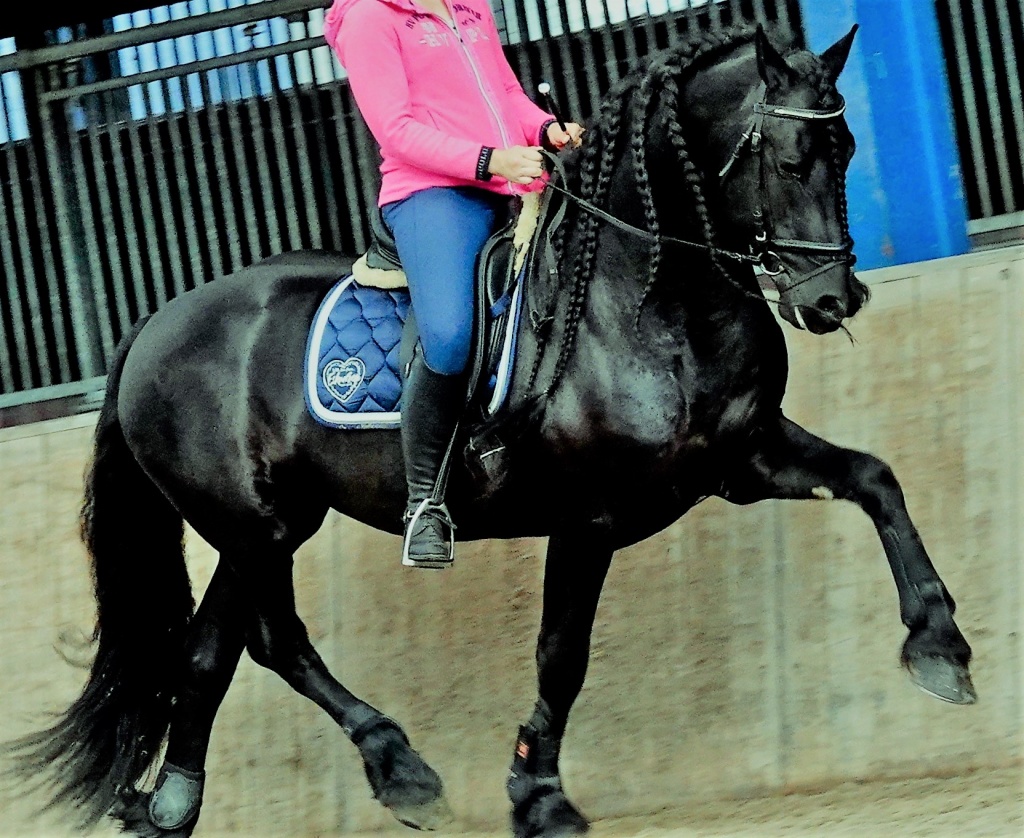 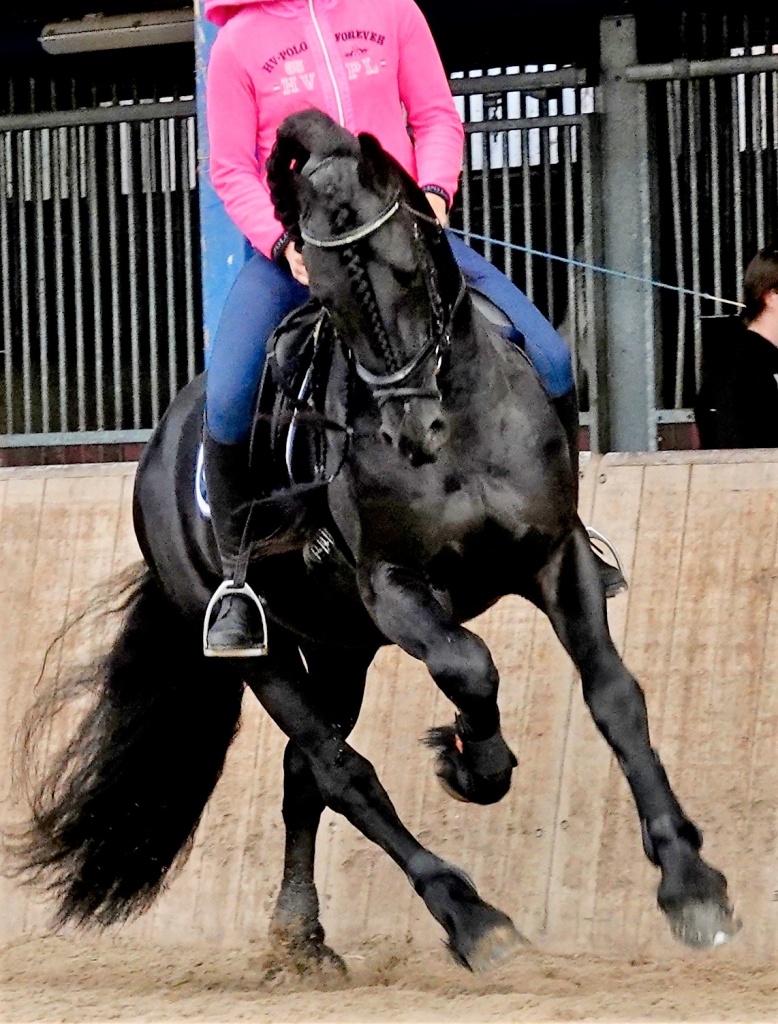 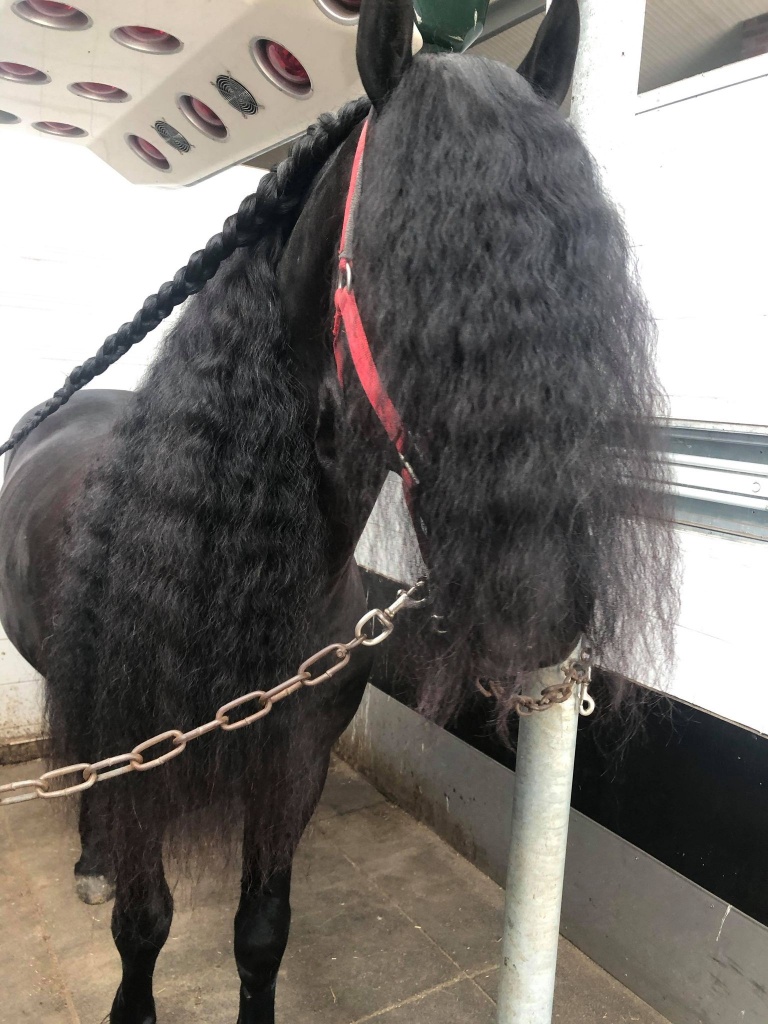 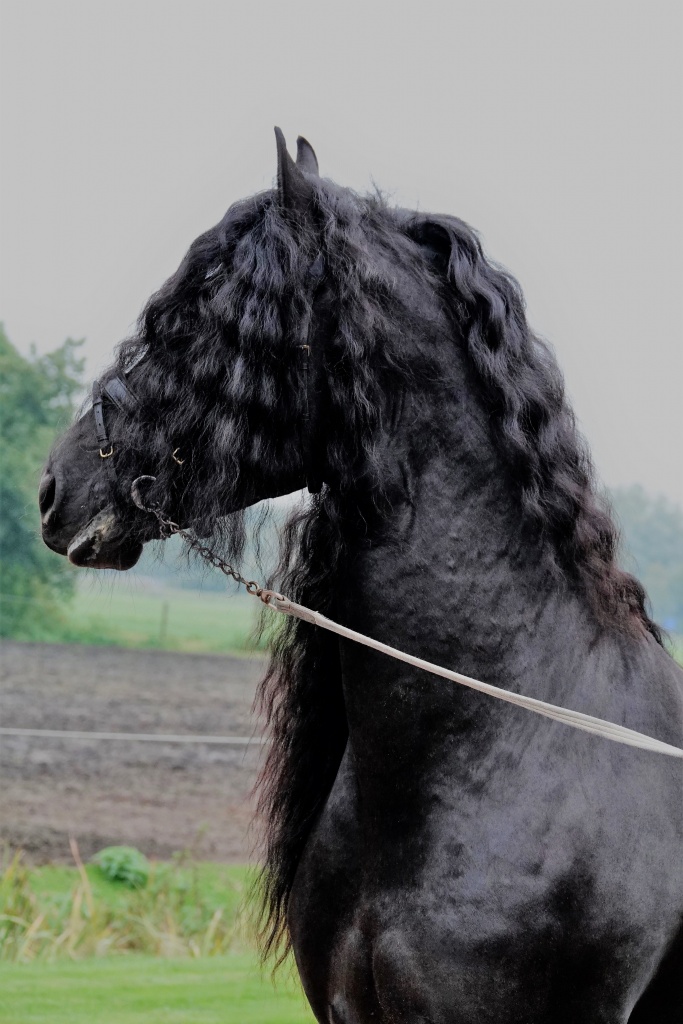 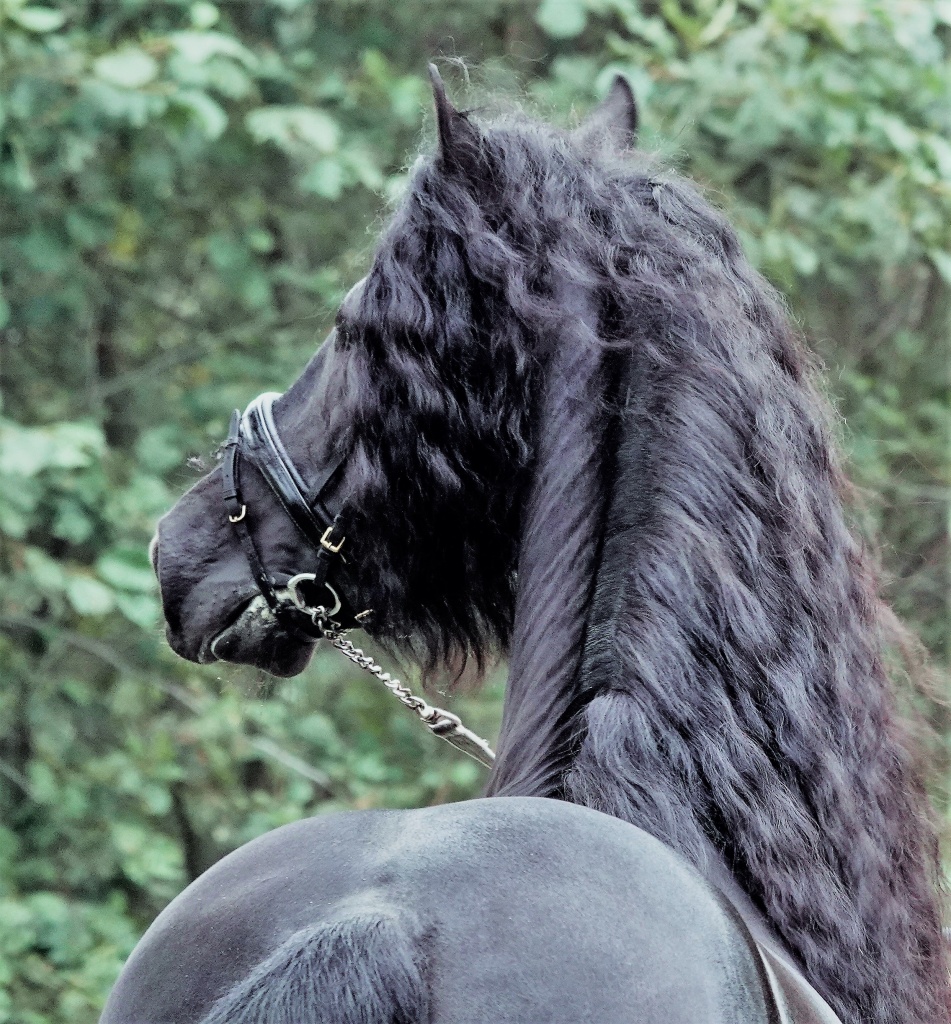 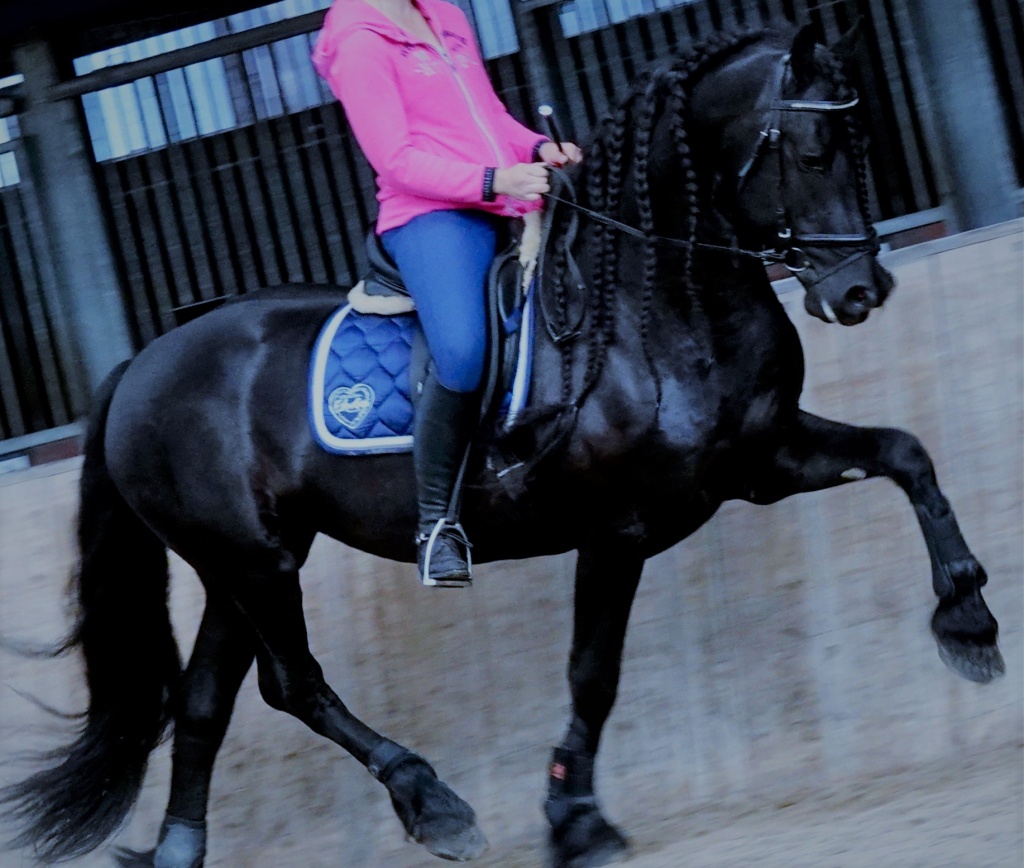 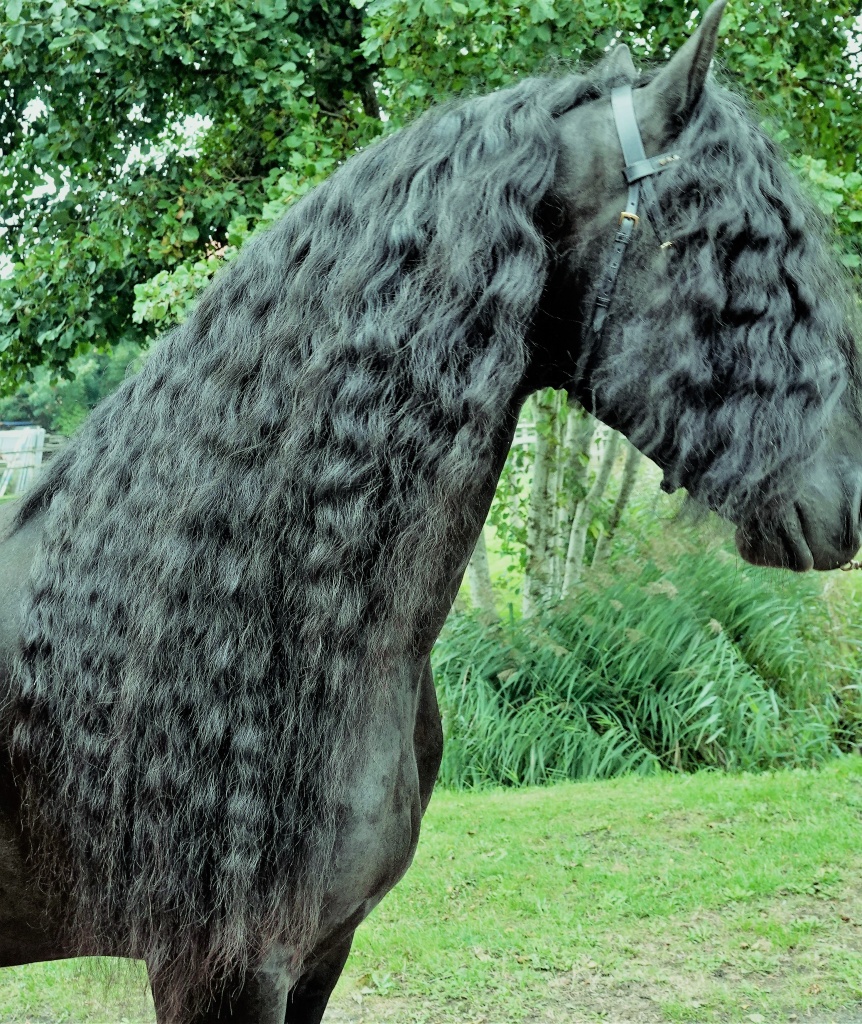 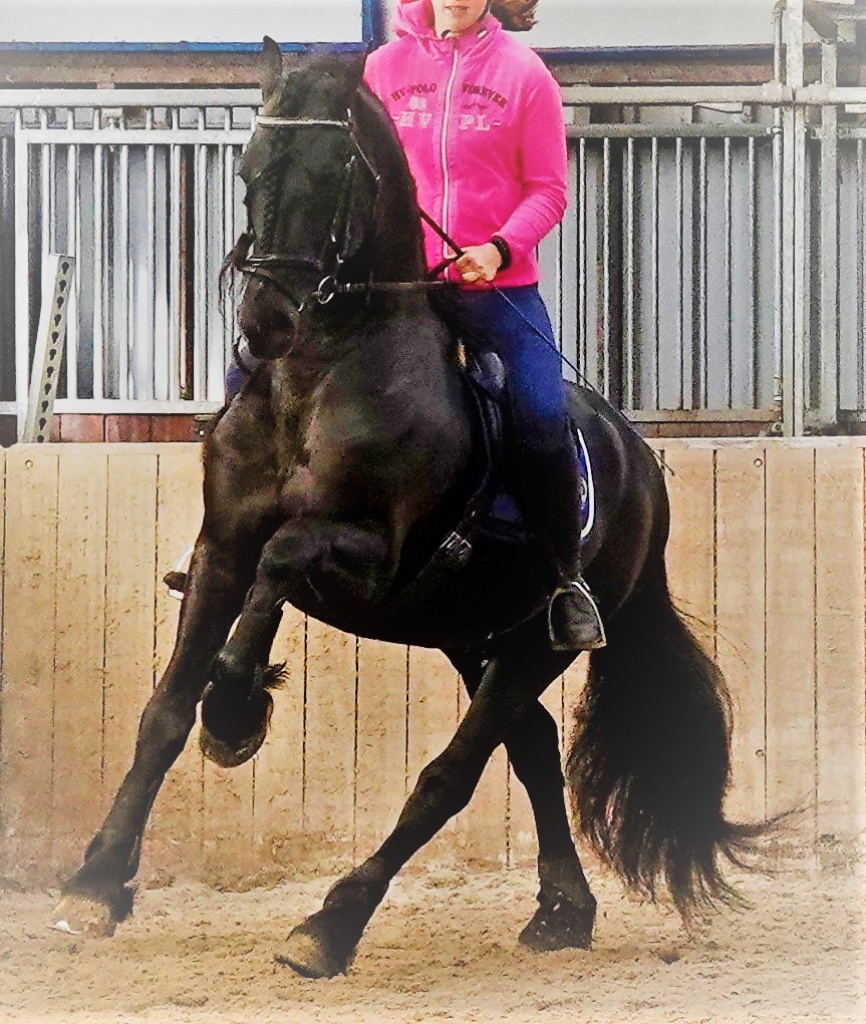 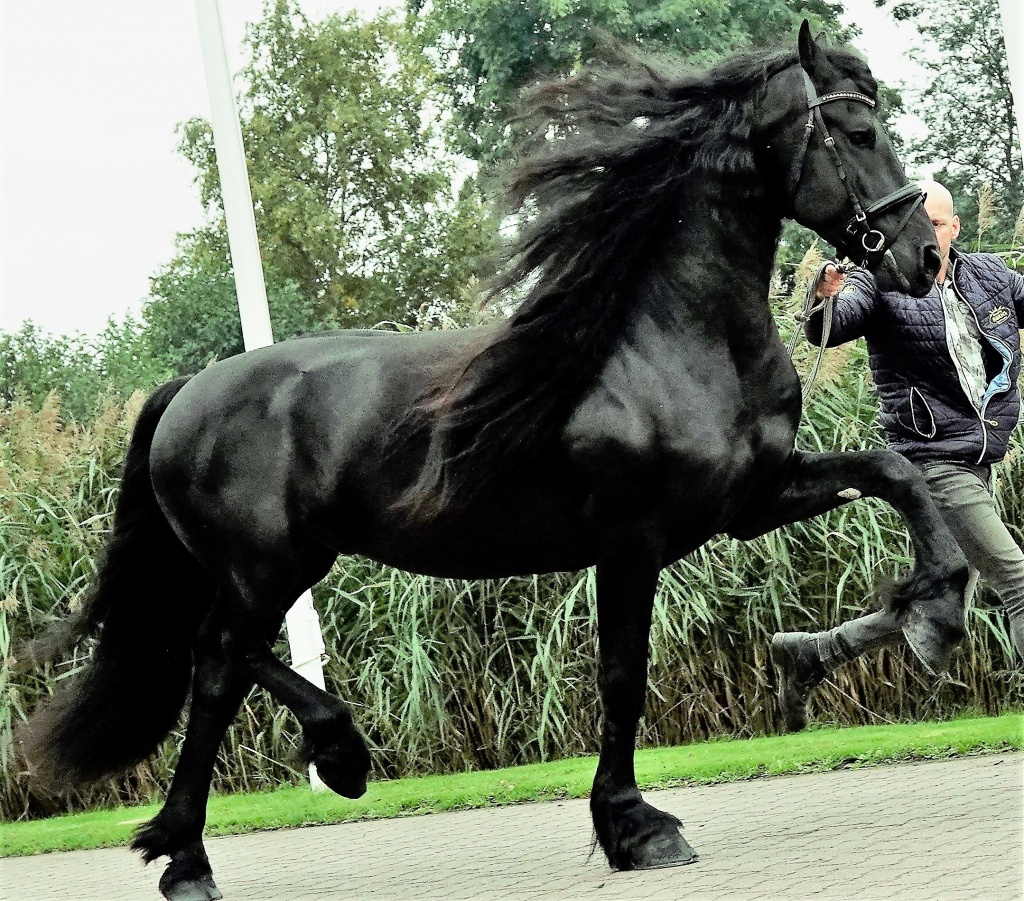 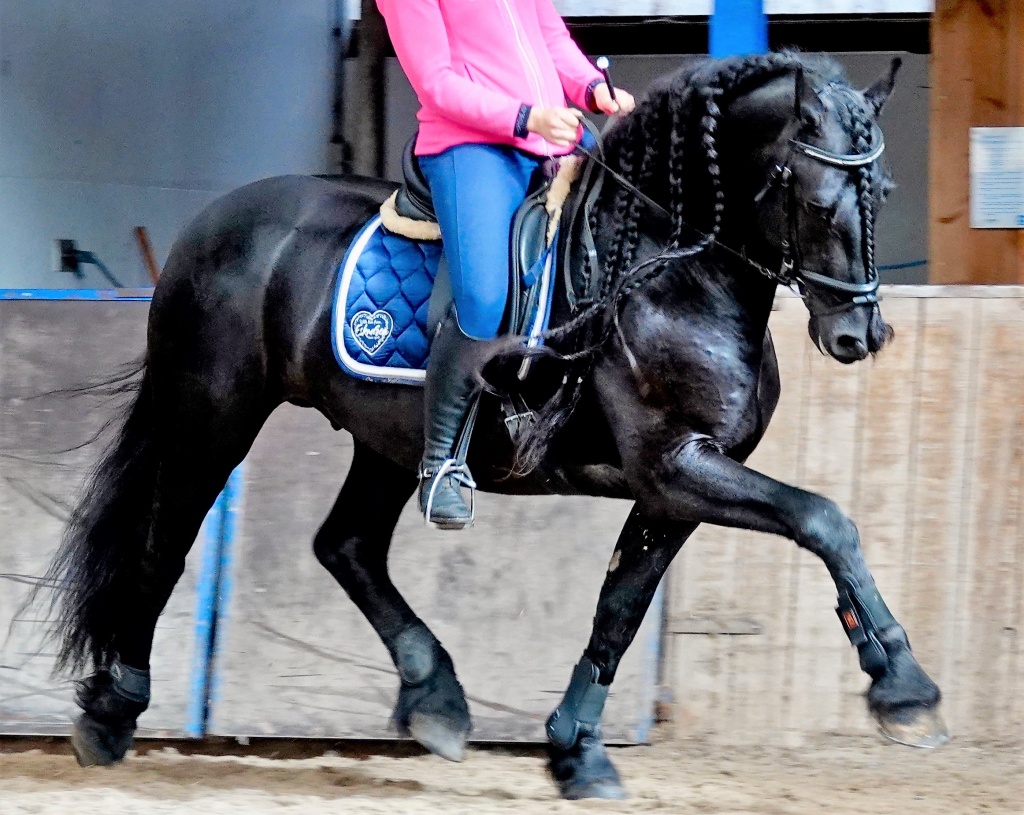 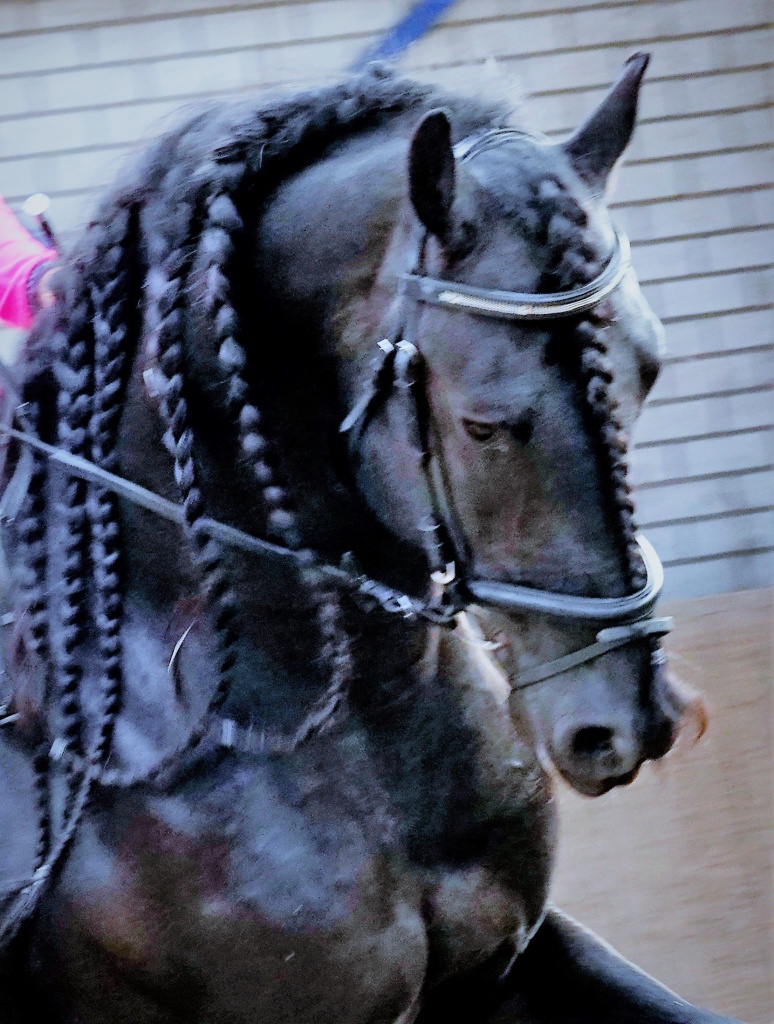 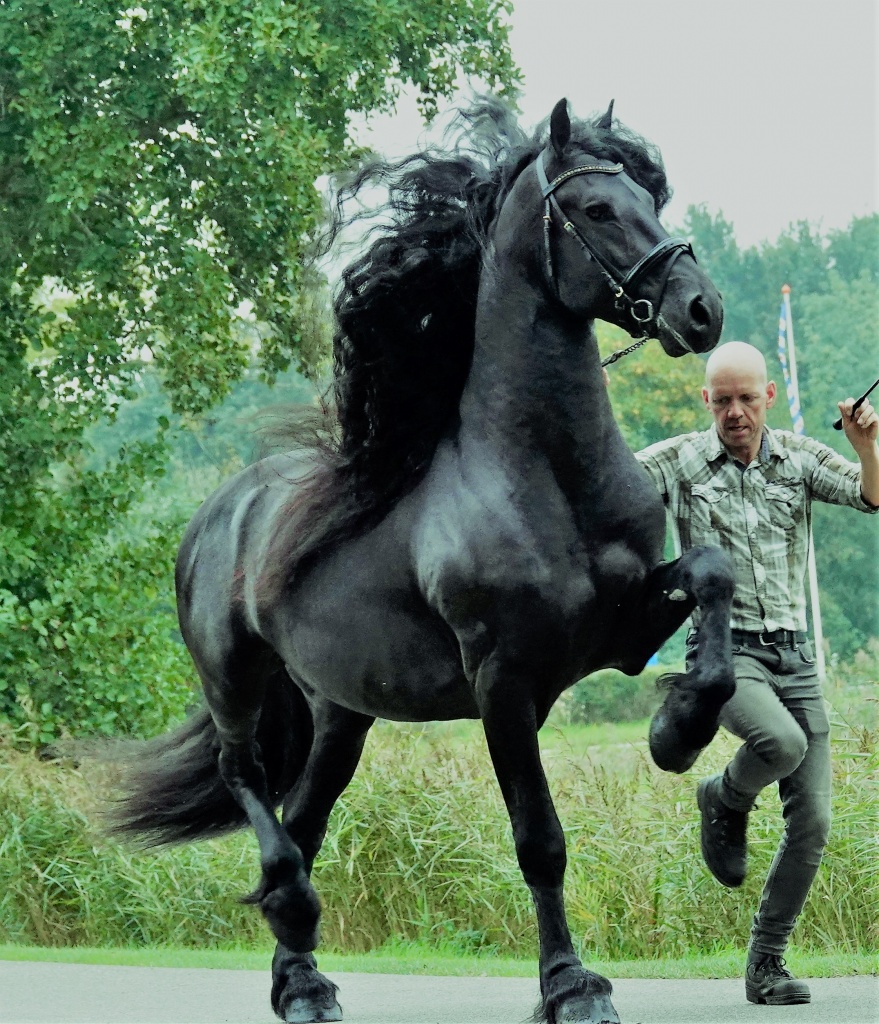 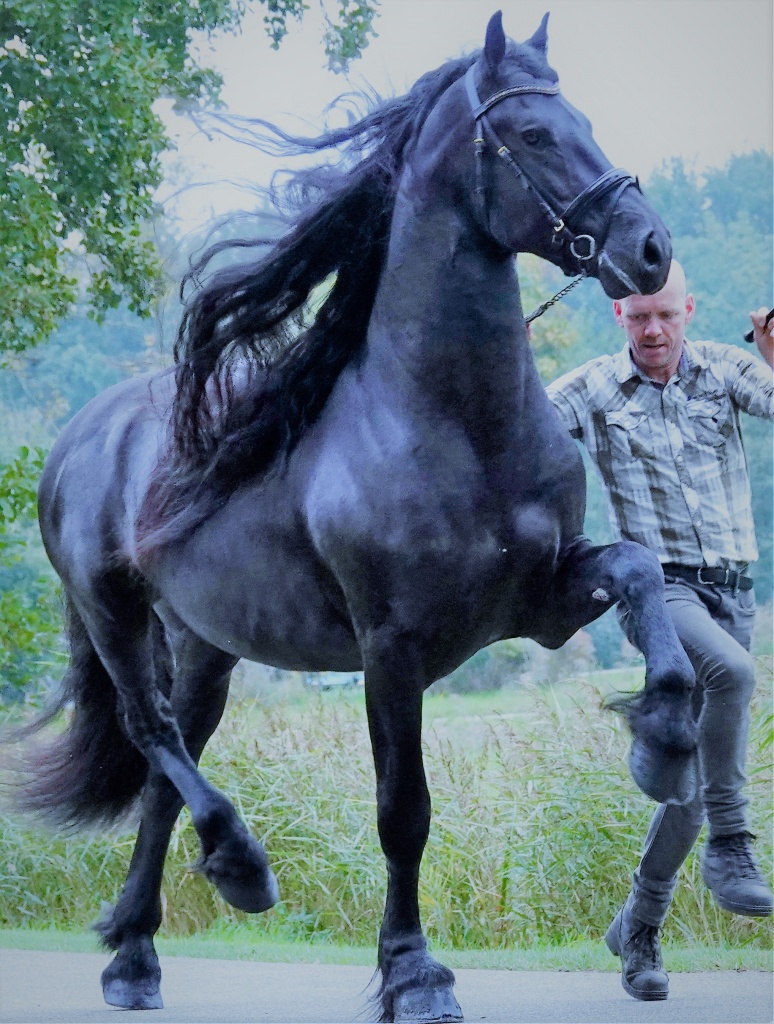 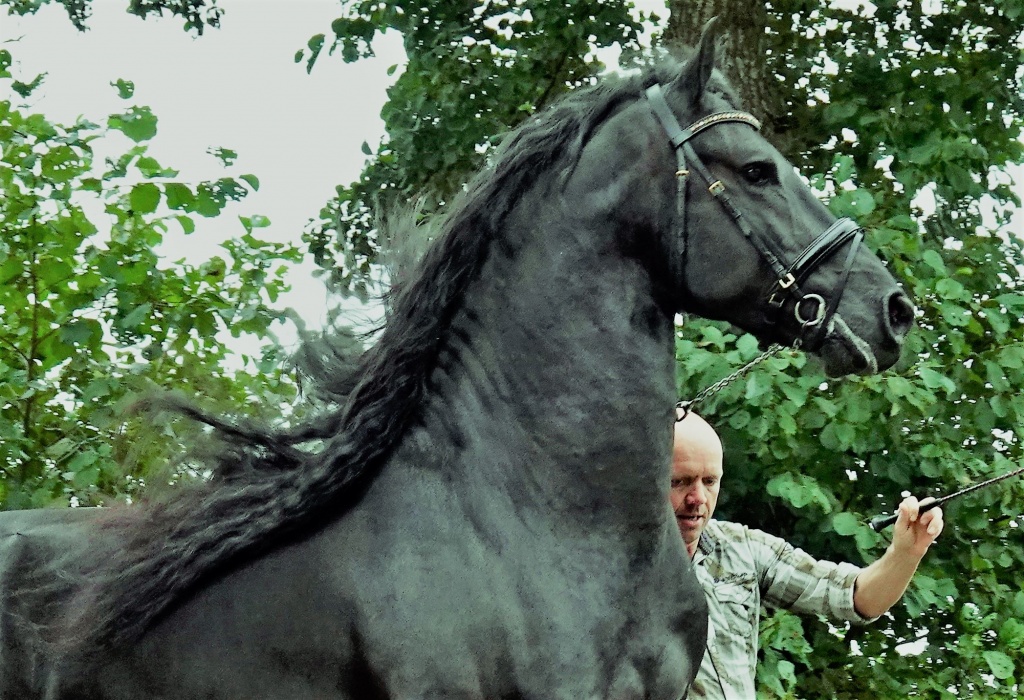 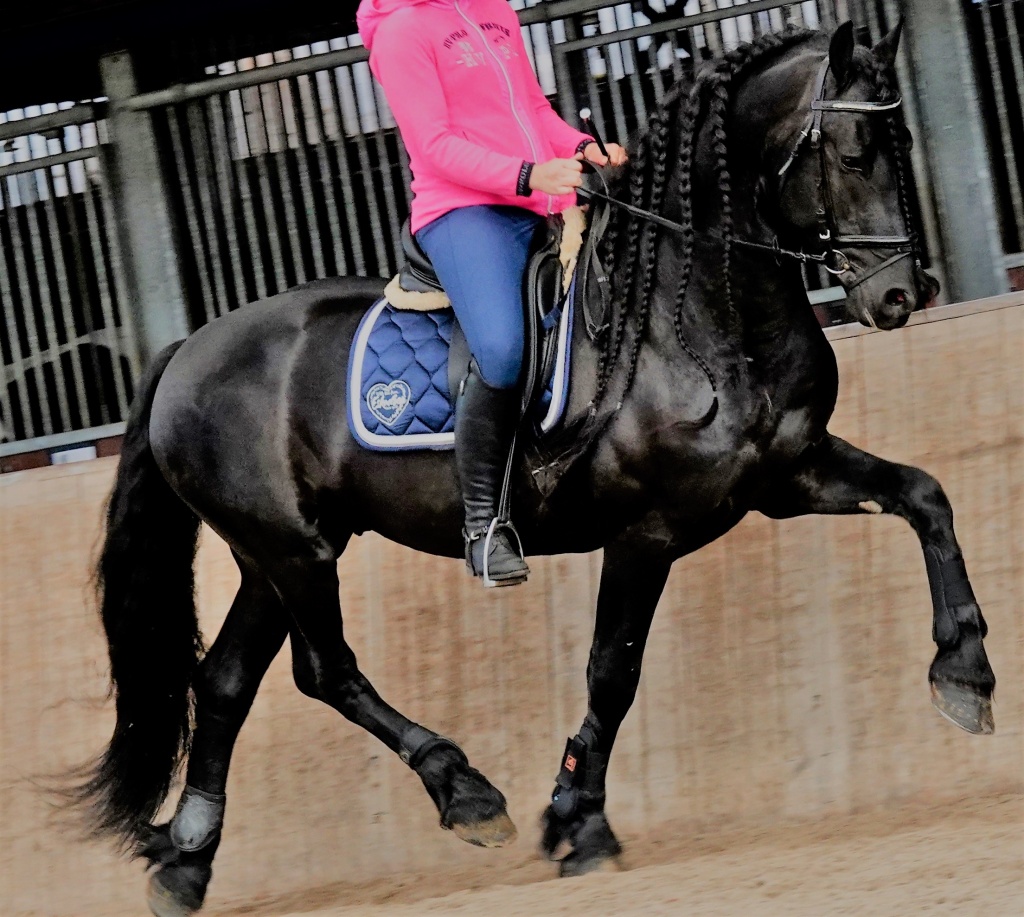 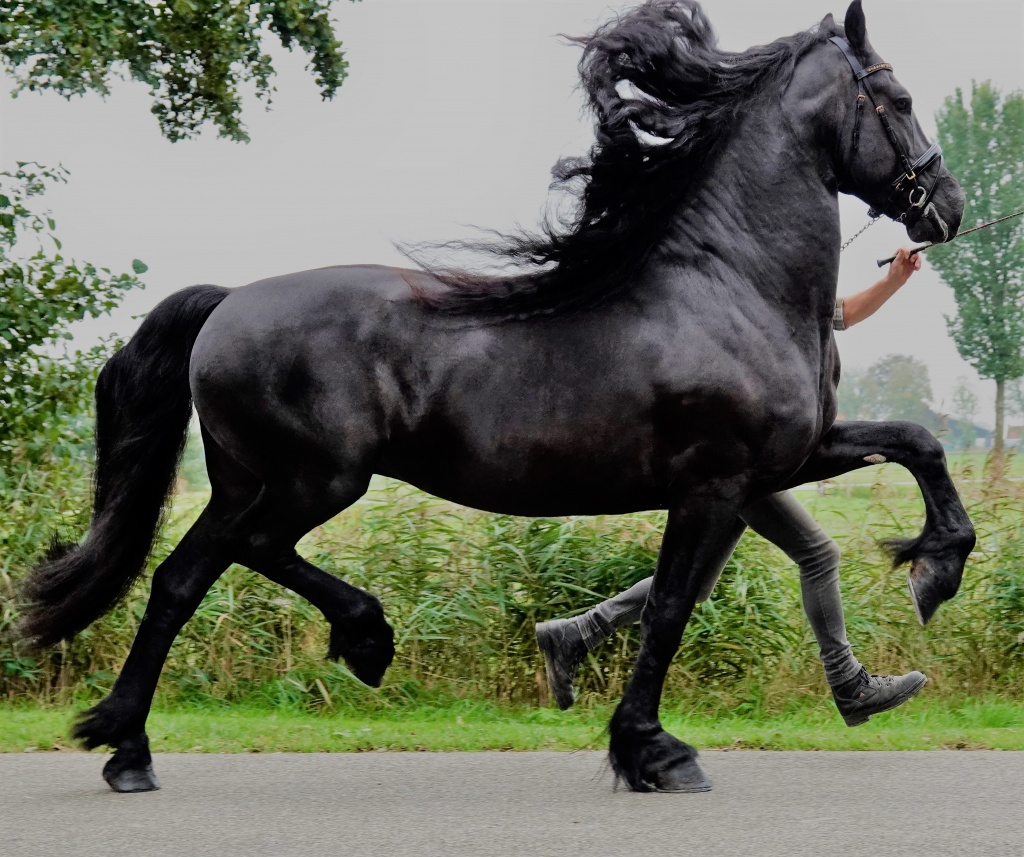 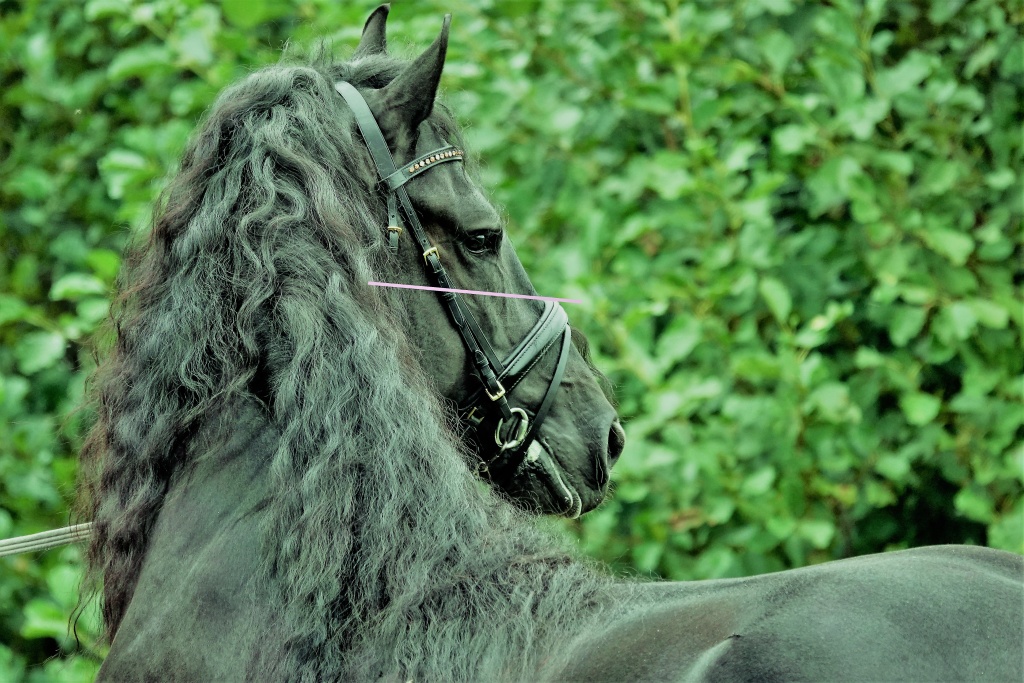 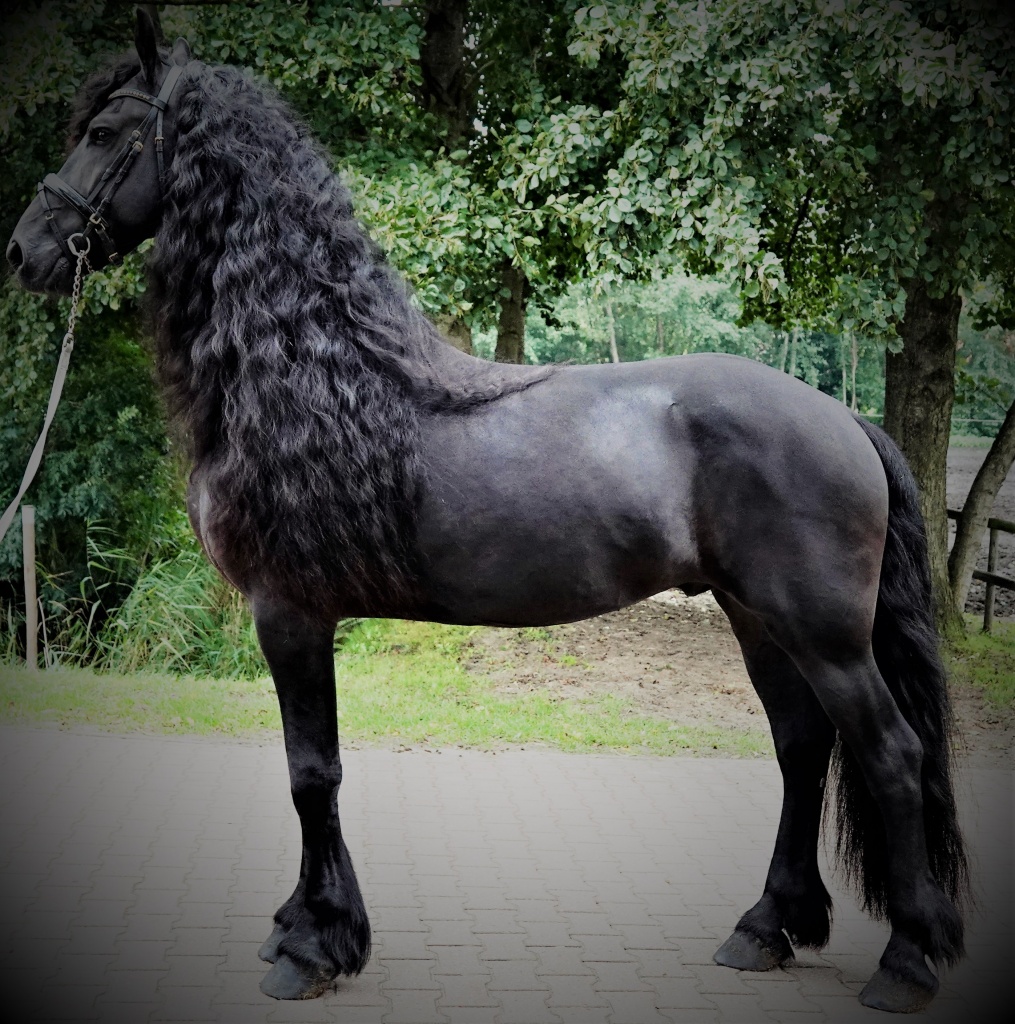 WHAT AN AMAZING STER FRIESIAN For Sale ---Tomas is THE WHOLE ENCHILADA!

His dam line is known for its strong breeding quality:
Granddam Pronkje is a Crown Jewel in the KFPS and the dam of the studbook stallion Nanno 372.
Greatgranddam Baukje has 7 Ster offspring and is a daughter of studbook legend Neenke Model Preferent! Neenke had a very strong positive influence on the breeding within KFPS.

We know this dam line for 3 generations. The horses are honest, calm and reliable. Also eager to work when that is asked of them. A few horses have been very successful in show driving.

Back to Tomas:) Tomas has been with my partner since he was 6 months old. Never had an off day! He has a heart of gold! And a real eyecatcher in the stables or field when he is outside because of his very long mane that are still growing a lot. Tomas is calm and easy to handle. And he can be very playful when he is outside in the paddock or field:) If he knows he can show himself off, then he will do that:)  And that is great to see as he has fantastic movement!!! It is always great to present him. Lots of prance and dance in his step---- he is a real show off, yet a child can handle him. For his sire Hessel, he took part in the ABFP test as a three year old with a great score of 79.5 pt in driving with an 8 on his trot! In riding he scored a very nice 74 pt. The test riders loved him for his character and "schwung" in his movements! In 2019 he made STER at the KFPS-keuring with great comments about his movements. Since the performance test we took the time to educate him thoroughly so that he has a safe and strong basics in his education.  In dressage he has winning points at L2-level and is now prepared to start competing at M-level. He is a smart student in new exercises, and will progress quickly up the levels, if that is what you would like to do!

Tomas is calm and relaxed with the farrier, vet or loading him on a trailer or truck. He loves being groomed and getting attention, or hugs:)

Clinically sound, never been ill or lame. Every year we have a dental check up done with our horses, and also vaccinations etc. Tomas is a one of a kind gentleman.

He has been sweet since the day he was born at the barn of a small but successful breeding farm where the love for the Friesian horse has been present for generations.

Tomas is the 4th generation (!) of his dam line that was born there. He spent his first 5 months in a small herd of Friesians near the Friesian lakes and got to know the elements of nature. It made him a strong horse, as he never had a day of bad health!

After he was weaned, he came to my partners' in October 2015. She taught him all the basics that he needed to know to be a gentleman and a best friend.

Since the day he started training, lunging and getting a good dressage foundation, as well as in harness, he never made a bad move or mistake......Just did it all naturally, like he knew what he was meant to do!

Tomas did the ABFP performance test when he was 3 yrs old and still a rookie. Nevertheless  he just danced his way through it. Everybody loved him! After the test we gave him a long vacation that he well deserved:)

After two months, we picked up his training again, and it was like it was the day before that he was last ridden, he had not forgotten a thing, and AGAIN, was a perfect gentleman (and dont forget----this is a young stallion we are talking about!):)

He was developing from a youngster to a gorgeous stallion that ALWAYS catches everybody’s eye when they pass him in the stables or see him outside. His mane is growing  pretty fast, we expect that it will grow to be twice as long as it is now! Amazing!!!!!

Tomas is the WHOLE PACKAGE.

5 yr old STER stallion, will deliver as ster gelding, xrays available for review with your vet, and as you can see from the video, suitable for ALL levels of riders, and SUPER out on trails, AND already scoring well in dressage.